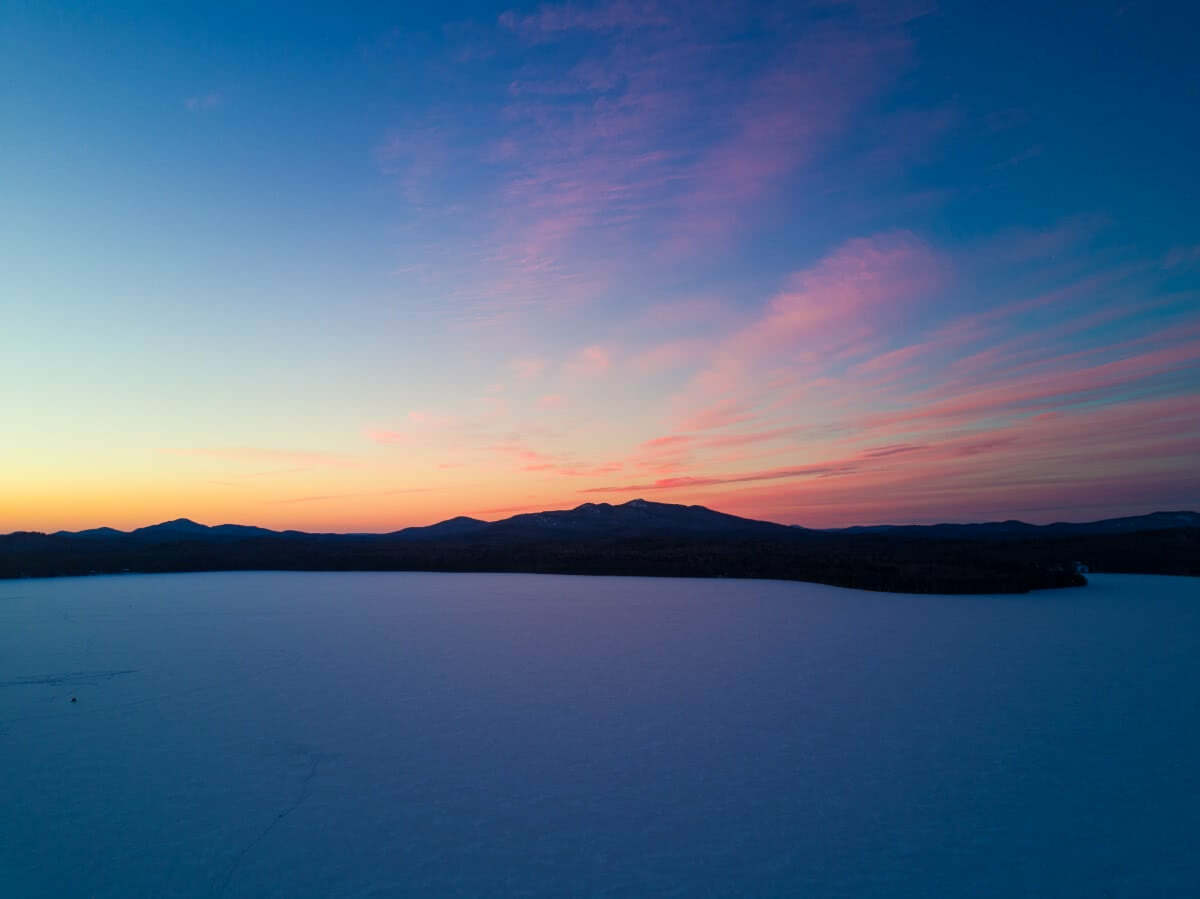 Do You Know of the Hidden Adirondack "Crescent Lake?"

I was reminded that spring is coming and that Lake Clear holds a special place in the Adirondacks as a "Crescent Lake." What does that mean?

At the apex of the sun's arc, on the December 21st and June 21st solstice, you can see quite the breathtaking contrast in where the sunsets from our picturesque beach. On the winter solstice, the sun is way off to your left, about 10:00 if you were standing on a clock. It's so far over it no longer touches the far shore and instead falls on the south-westerly side.

During the summer solstice, our serene beach is in perfect position for sunsets to fall directly at the apex of St. Regis Mountain across the lake. We're not talking on the side of the mountain – smack square on its peak. It makes for amazing sunsets. I've not traveled everywhere but enough to know: it's one of the world's best. Truly magical. Even to this day, it calms me and resets my own rapidly beating small business clock.

You Can See It Yourself

We've always enjoyed, and have been amazed by, the distance the sun travels between the solstices. Now in March, the earth's life beacon has already moved around to the opposite, westerly shore. You can take-in this nature wonder too, no matter where you are, by viewing our webcam.

This has captivated me so much, I built a bench that resides outside of our welcome lobby  that we call the "Solstice Bench." I formed the back as St. Regis Mountain and the western shore as if you were contemplating life standing on our beach, and built a sundial that you can move similar to the sun's arc. My wife inscribed the 12 months, and we move the sundial accordingly.

You may now know a secret that most guests may not be aware of as they enter the Lodge.

The Confluence of Special Adirondack Waters

In addition to one of the most amazing sunsets you'll soak in anywhere in the world, Lake Clear is also naturally strategically crucial to the Adirondacks. Again, if you are standing on our shore, the waters that flow behind you throughout the rest of the Park, generally flow south and east toward Lake Champlain. Those waters found on the other shore typically flow north and west to the St. Lawrence River and Canada.

Perhaps this flow of water was one reason that I've have heard the Native Americans believe this place to be highly spiritual. It indeed was this flow that brought the early pioneers, became the water highway, and later a natural corridor for train and road travel. It was one of the main reason's our area became one of the Adirondack's oldest tourism destinations.

This continuous flow is also the reason Lake Clear was named for clear water. As our family found out when we became certified scuba divers, Lake Clear is an excellent lake to see the underwater Adirondack world.

Some final trivia, Lake Clear is New York State's 28th largest lake, is the major headwater for the Saranac chain of lakes and is stocked for great summer and ice fishing. Due to its open nature, a bit unusual for Adirondack lakes, it makes for excellent windsurfing and sailing.

There is also a great mystery in front of you, which stares right at you when you are on our serene shore. Its legend goes back to the early indigenous people, and its story is connected to special ancient places throughout the world. If you open yourself to it, you will feel it. Many have said like these other ancient places and peoples, Stonehenge, the pyramids of Egypt, the Mayans, the Hopi, Sumerians, and many others this energy confluence, like the waters around Lake Clear, are a vortex or portal. If it's true, it is up to you to decide when you visit!

But what is this great mystery? Stay tuned. 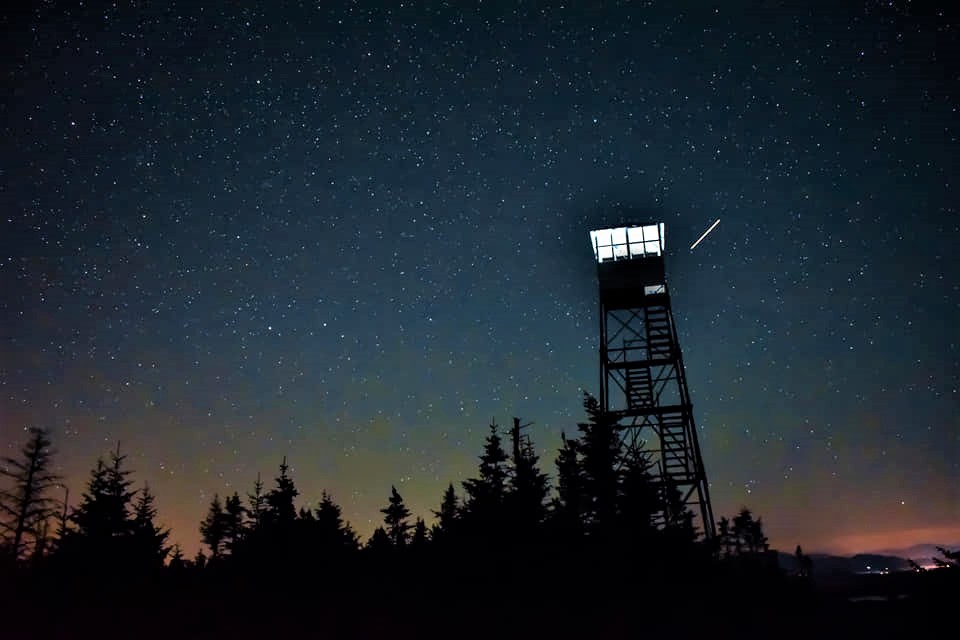