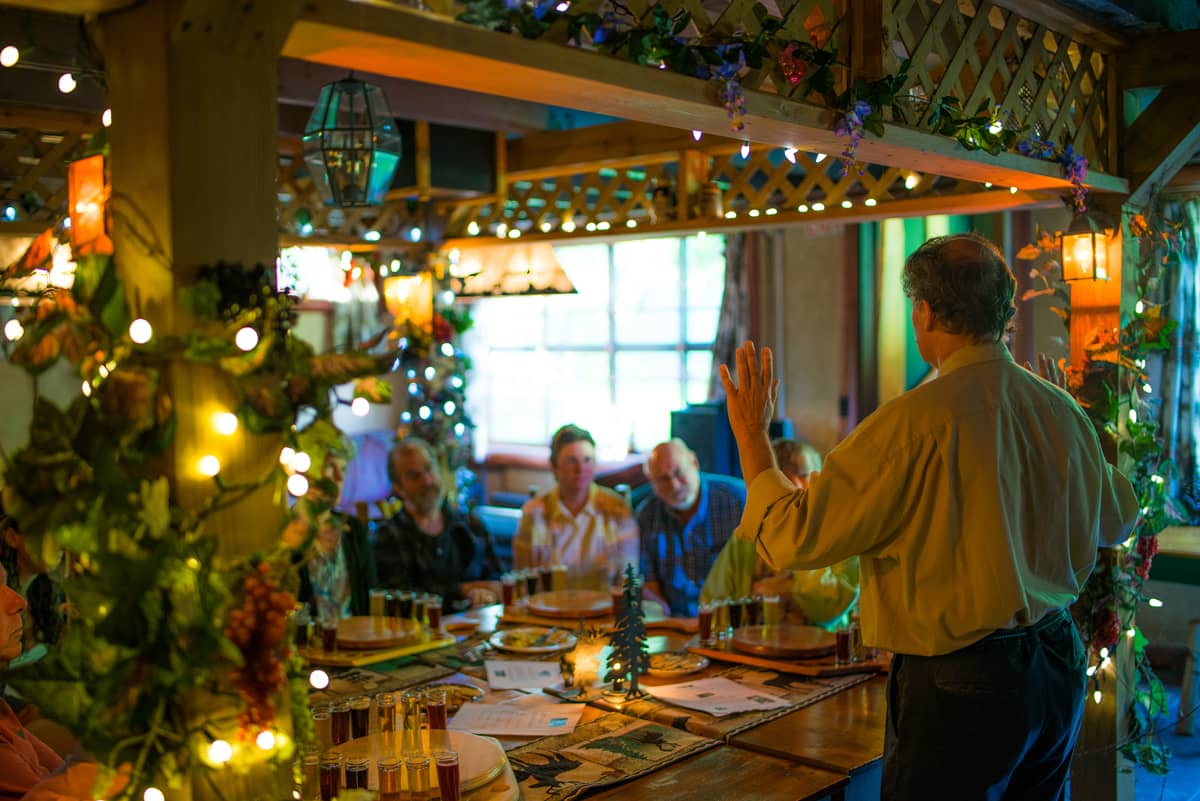 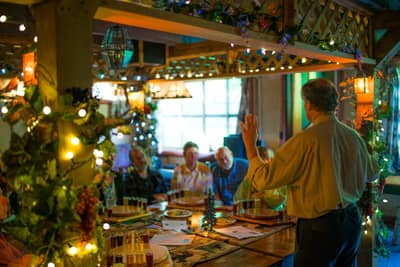 Enjoy a 30-minute History of Beer workshop and tasting with Ernest Hohmeyer!

Join Ernest Hohmeyer for a 30-minute experience about the history of beer, replete with a tasting of 6 beers from around the world! The topic changes monthly, corresponding with seasonal beers and trends, but you can always count on interesting conversation and tasty beverages.

Ernest came from a European family, where the only vacations they were able to afford was to go "family hopping" throughout the continent. With family stretching as far as Italy and Germany, to Portugal, many different flavors of cuisine and "spirits" were experienced. Thinking he had a solid foundation on the "worlds of beer", Ernest began the path of accreditation to find that his knowledge is only just beginning.

Beer is one of the world's most authentic and ancient beverages and linked directly to food via the making of bread, and this long history provides a wonderful opportunity to discuss how beer made our civilization. Each month there is a different theme and participants enjoy up to six different artisan beers from around the world along with trivia, myths and history.

Myth or fact; Did the Germans create the first original Octoberfest style beer? How did Octoberfest start? Was it always about beer? History, trivia and personal anecdotes from the Hohmeyer family provide the flavor while you savor 6 different imported craft beers from ‘round the world.

Fermenting is ancient. It wasn’t always about the beer, wine or alcohol for its own saké (okay, bad pun), though it did make those ancient rituals more fun to sit through! It was about preserving food, nutrition, homeopathic medicine and in some cases staying away from unpurified water. All natural, they served many purposes. Explore the world of organic elixirs from Native American White Pine Tea to the first IPA’s that were nothing like you taste today!

Our area was a hotbed of activity during the prohibition. Lake Clear was a water and land taxi route between two famous hotels, and the train station at Lake Clear was where the main line from New York City split. With our proximity to Canada, and with the 1920s being the height of the Grand Hotel Era and the Cure Cottage Days, there was a diverse range of people who went through our doors. Relive these illustrious times with a tasting, history, and trivia. What happened during prohibition that forever changed the world of beer?